Legend of Quintana Roo. Jacinto, a Mayan farmer, went out from home earlier to attend his cornfield and cut firewood, he walked up to the hill by pushing through a new path with his machete, he soon reached a small clearing and there he found a small Mayan ruin, with her a large slab of stone and above it was a natural-sized mud dog. 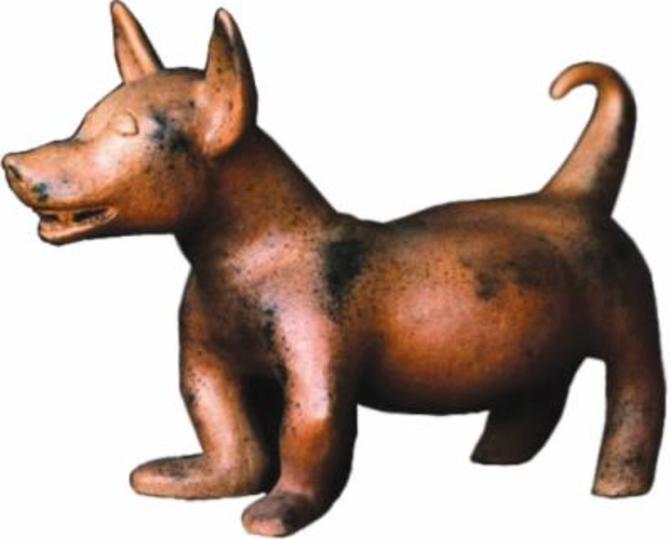 The commoner saw it as natural and beautiful, he took him and brought his home where he was placed on a table, all his family was marveled because the dog was made perfect; his wife said "Jacinto, you know that dog belong the Aluxes, they love it,", and Jacinto said " let's see what happens."

Later the night came, and all persons in the darkness, and before midnight, they began to hear little races in the house, went up with them under the hammocks, the inhabitants of the house all quiet, no one moved. Dawn came and the mud dog was not, somebody took him away.

next morning Jacinto went as usual job, and when he back on the way to his house, he was directed to clear where the Mayan ruins, and beside it on the big slab of stone was the dog again, could not stand it there, he took the mud dog again and turned to go back at home with the dog, and placed on the same table.

Now more abrupt that shook the pass, they threw everything in the kitchen and leave him before the Aluxes they cut the rope of the hammock and went down, lit a small outbreak and noted that the mud dog was gone.

The next day he returned to the mountain, and go back through the ruins, on the slab was the mud dog, he never took it again.

The Aluxes worship the object of mud dog, that's where the magic comes to them and they have power.

Legend of Yucatan. It is said that he was a farmer who lived on the outskirts of town, that a child knew the secrets of medicinal herbs and cure people of diseases and as he grew he began to do special work with the